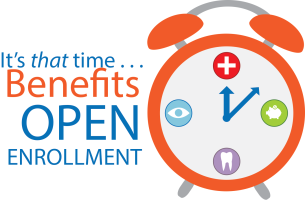 A lot of people are a little confused about the 2018 open enrollment season. Since President Trump recently cut off a few importantObamacare subsidies paid to insurance companies to help lower out-of-pocket medical costs for low-income Americans.

Trump initiated a few executive orders scaling back certain requirements on insurance companies and essentially made enrollment outreach a non-priority by cutting off funding.

This last move has many health agents who help people sign up for insurance coverage concerned that many will neglect to take advantage of open enrollment out of uncertainty or because they simply don’t know Obamacare is still around anymore; a new study done by S&P Global Market Intelligence finds that Trump’s moves may lead to 1.6 million fewer Americans signing up for individual health insurance plans in 2018 compared to 2017.

The 2018 open enrollment season runs from Wednesday, Nov. 1 through Dec. 15. It’s a shorter open enrollment period than in previous years. Open enrollment for other kinds of insurance, like health plans offered by your employer, may be different.

For instance, those may occur during the last two weeks of October or another designated period worked out by the employer and health insurers whose plans they offer.

Gabi Cañiza an advisor at US Health Advisors says “Many people are finding themselves caught between a rock and hard place when it comes to health care. They don’t really qualify for Obama Care subsidies because of their income but at the same time, they can’t afford these dramatic increases. This is where we step in and help them find a truly affordable plan."