What is an Annuity? 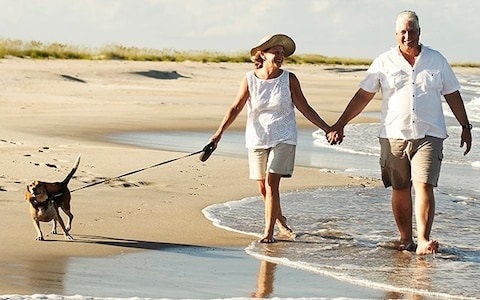 An annuity is a contract between you and the insurance company that issues the contract. You make a lump sum payment called a premium or series of payments and in return obtain regular disbursements beginning either immediately or at some point in the future.

The goal of an annuity is to provide a steady stream of income during retirement or can just be used for accumulation to access as needed or for just the death benefit for your beneficiaries. Funds accrue on a tax-deferred basis, and like 401(k) contributions, can only be withdrawn without penalty after age 59 1/5.

Many features of an annuity can be customized to the specific needs of the annuitant. In addition to choosing between a lump sum payment or a series of payments to the insurer, you can choose when you want to annuitize your contributions or activate your income benefit - that is, start receiving payments. An annuity that begins paying out immediately is referred to as an immediate annuity, while those that start at a preset date in the future are called deferred annuities.

What is a Fixed Annuity?

What is a Fixed Indexed Annuity?

A Fixed Indexed Annuity (FIA) is considered an insurance contract whereas a variable annuity (VA) is considered a security. This contract is linked to the performance of an index without the risk though you're are not actually invested in the index.

With an FIA the insurance company assumes the risk whereas with a VA you assume the risk. Many FIAs have several indexing options including cap rates, (monthly or annual) limiting how much you can make on the upside but at the same time protect your principal on the downside.

1. A 120% participation rate in the S&P 500 Dividend Aristocrats Daily Risk Control 5% index locked in every other year on the anniversary date. Other index option are available that lock in annually.

2. A 140% participation rate in the J.P Morgan Mozaic II index with a 1.50% spread automatically locked in every three years (on the anniversary date) but you can manually lock in an index value one time anytime you wish during any three year period.

If you're focused on accumulation or growth with no risk to your principal and taking withdrawals as needed then, in this case, you would not add an income rider.

If you're seeking income an income rider is advantageous if deferring income for many years though there are a few FIAs where you can start income immediately if over age 59 1/2. FIAs have low fees and in many cases have no fees at all unless a rider is added.

Most FIAs have a fixed income once activated though there are a few with A+ rated companies that have an increasing payout option which has the potential to increase as index credits are added to the contract. This option is wise to consider if there is a long time horizon that the income is needed to fight the effects of inflation.

What is a Variable Annuity?

A variable annuity (VA) is a type of annuity contract that allows for the accumulation of capital on a tax-deferred basis. As opposed to a fixed annuity that offers a guaranteed interest rate and a minimum payment at annuitization, variable annuities offer investors the opportunity to generate higher rates of returns by investing in stock and bond sub-accounts.

A VA is actually considered a security unlike an FIA which is considered an insurance contract. With a VA you assume all the risk where as with an FIA the insurance company assumes the risk thus you can lose principal with a VA.  If a variable annuity is annuitized for income, the income payments can vary based on the performance of the sub-accounts. You can add an income rider which will grow your income base at a specified interest rate.

Your income is typically based on an income benefit base which is your original investment or greater plus any interest earned from a rider or high-water marks that were locked in based on market performance. VA's typically have much higher fees than fixed annuities such as M&E fees, sub-account management fees and rider fees.

What is a Single Premium Immediate Annuity?

A Single Premium Immediate annuity or SPIA pays out immediately or no later than 12 months from issue. This type of annuity usually has the higher payout which sometimes people get confused with an interest rate. When choosing a payout option you can choose a period certain that covers a specific period. For example 10 year period certain with life means if the annuitant passed away during the 10 year period certain the remaining balance of what has not been paid out goes to the beneficiaries.

If the annuitant lived past the 10 year period certain then the income would continue for life but there would be no value left in the policy since the original premium has already been paid out. One thing to remember is that a SPIA is paying mostly principal back at first and has no growth element to it.

If you choose a life only payout which is usually a higher payout and you passed away a month latter the insurance company would keep the rest of the value in the contract. Sometimes planning early and having an equal amount of life insurance to cover the value of the SPIA in place would be wise if a death benefit is of concern. A SPIA is a very useful tool when applied correctly in covering specific needs that must be covered and is usually used with older individuals.

If a SPIA was funded with non-qualified money then the majority of income is excluded from taxation and this is called an exclusion ration which varies upon the age of the annuitant.

What is a Deferred Income Annuity?

What is a Qualified Longevity Annuity?

A Qualified Longevity Annuity (QLAC) works a lot like a DIA but is for qualified money like an IRA. Under IRS requirements RMDs are only required when the payments begin. You can actually defer RMDs to age 85.