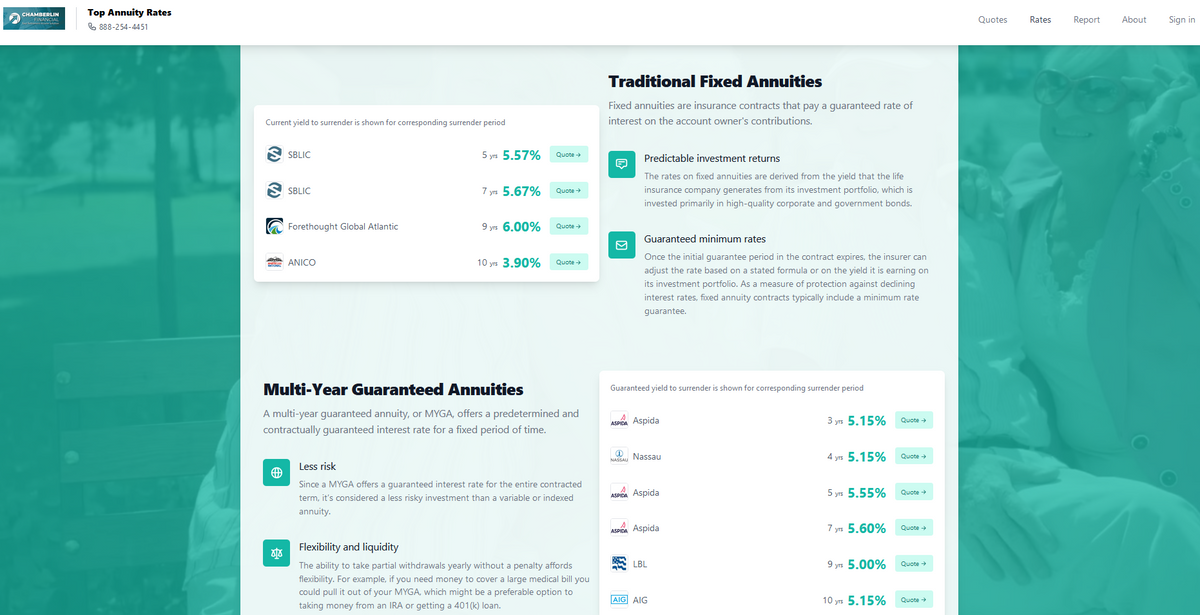 So, what is the difference between a Traditional Fixed Annuity and a MYGA? A Traditional Fixed Annuity has an interest rate that is guaranteed for one year at a time but has an ongoing minimum guaranteed rate as well. Sometimes this type of annuity has some sort of upfront bonus to enhance the first-year return only, which sometimes can be a little misleading. Also, many contracts allow you to add money to the policy.

One of the upsides to a Traditional Fixed Annuity is they normally track rising and falling interest rates, which can be a positive when it’s time to renew or lock in the annual rate on your annuity anniversary date.

This can be a good strategy to guarantee a fixed rate every year, and you might have a chance in locking in any upswing in rates as well. Also, the contractional minimum guarantees are much higher when compared to the minimum guarantees of a Fixed Indexed Annuity.

One of the downsides to Traditional Fixed Annuities is when interest rates are too low and not very attractive then many insurance carriers will stop offering them. However, when rates move up then this strategy comes back into favor.

A MYGA also known as a “﻿Multi Year Guaranteed Annuity" or a “Fixed Rate Annuity” function a lot like CDs. Basically, MYGAs in many ways are CDs but with tax deferral and are typically purchased with a single premium amount of money.

The upside to Fixed Rate Annuities (MYGAs) is there are no internal fees, but the insurance company does pay a low commission (built in) to the agent or advisor out of a separate account and not your principal. Typically, MYGAs pay a higher contractional interest rate than CDs. Also, many contracts allow you to withdraw more than just the interest annually sometimes as much as 10% with no surrender fee.  With MYGAs you know exactly what your rate and contract value will be in the future guaranteed within the contract.

One of the downsides just like CDs is surrender penalties can be high if you want to surrender your contract before the specified period. Also, you must pay attention to the contract because some MYGAs automatically renew and restart for another specified guaranteed period unless you or your agent/advisor contact the carrier to let them know you will not be renewing your contract.