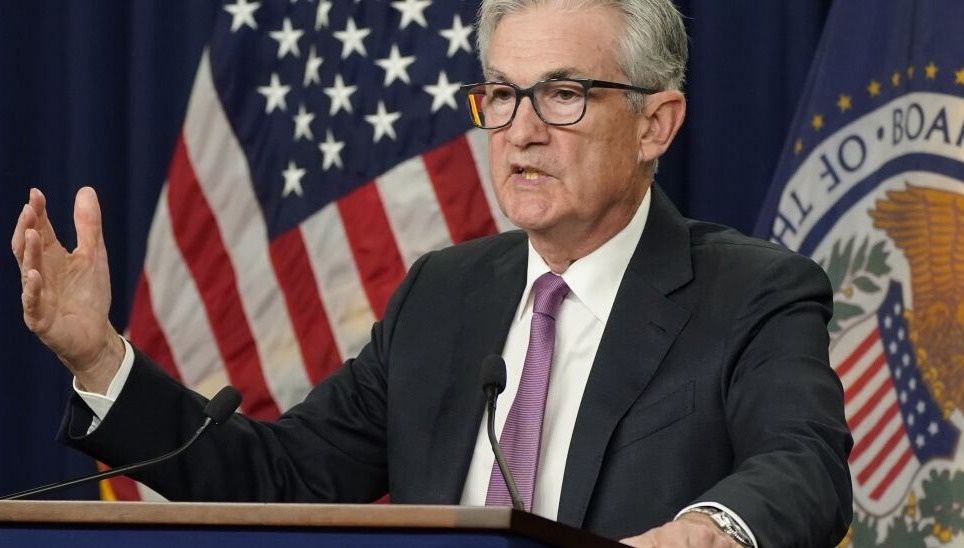 Now is the Time for Income Investors to Be Grateful & Confident

The markets went a little crazy in late August then went crazier in September. The stock market tumbled, and long-term interest rates jumped higher. This all occurred even though gas prices continued to decline, and the economy remained — by many measures — reasonably strong. Does it make sense? No, but there are reasons for all this craziness — and even more reasons for income investors to be grateful and optimistic.

The craziness really started near the end of August when Federal Reserve Chairman Jerome Powell reinforced the Fed’s commitment to raising short-term interest rates to combat inflation. Then came the August inflation report, which showed prices creeping back up by 0.1%. That’s only a tiny fraction more than economists were predicting, and one could argue it shows that inflation is slowing down on its own. But investors knew the Fed would still likely use it as an excuse to move forward with another three-quarter percent rate hike at their September meeting, and ultimately the Fed did just that. As a result, the stock market fell further, and long-term interest rates notched higher. Wall Street ended September with the market overall down around 25% for the year.* The interest rate on the 10-year government bond, meanwhile, went from 3.26% at the start of the month to 3.80% at the end.**

The Fed’s benchmark short-term rate is now at a range of 3-to-3.25%, and Chairman Powell has said he wants to get it another 1.5% higher with at least two more rate hikes. I’m skeptical he’ll be able to do that for reasons I’ll explain later. For now, though, the Fed’s hawkishness remains the driving force behind all the markets’ crazy volatility. Behind all the craziness, the economy remains relatively strong by many measures. Consumer spending hasn’t plummeted despite an inflation rate of 8.3%, and unemployment remains low — although there are some signs the economy is getting weaker.

A ‘Controlled Burn’
The important thing to understand about all this is that because the Fed is creating the chaos, it means they also have some control over it. You might think of it as a controlled burn conducted by the fire department. If your neighbor came into your house and set a chair on fire, you’d probably panic, knowing the fire could easily spread. If the fire department came in and did the same thing, you wouldn’t like it, but you’d at least have some confidence they could quickly contain the fire.

It’s a similar situation now with the Fed and the financial markets. I share this to give you confidence that — for as crazy as things seem — the situation isn’t nearly as scary as it might be if banks were struggling, unemployment was soaring, or some other fundamental economic force was driving the volatility. This isn’t to say this volatility isn’t having a real impact on all investors because it is, and it may continue to do so for a while. But that’s what you should be most confident and grateful about as an investor whose primary focus is income — because the impacts most of you are feeling aren’t nearly as severe as those hitting many investors still focused on growth.

Interestingly, some growth-based advisors will try to calm their clients by telling them when their growth stocks are down, it’s only a paper loss. I would argue that’s not true because those stocks have no par value, which means you can’t really be sure you’ll ever recover your principal investment. That’s why I always remind you that, as income investors, when your bonds and bondlike instruments drop in value, it really is a paper loss because those instruments do have a par value that never changes.

You may have invested $100 in a bond that’s now worth $92 because long-term interest rates have risen, but if you hold the bond until it matures you can be sure you’ll get that $100 back at a minimum, assuming there have been no defaults. It works the same way with preferred stock and other bond-like instruments that have a par value. And most importantly (as I also always remind you) the dollar amount of your income doesn’t change in the meantime. It stays the same regardless of any temporary fluctuation in values. Even better, if you’re not spending all your income and you’re reinvesting it in this market, your future income is going to grow faster. That’s because, with values down, you’re reinvesting at bargain rates. Instead of paying $100 for that bond, you’re getting it for $92, so your future income will go up faster!

A Time to Be Grateful
These are just some of the reasons why today’s market chaos should not only not keep you up at night, but it should make you especially grateful that you made the transition from growth to income. These are exactly the kinds of market challenges your income strategy is designed to tackle! Imagine still having all your money invested for growth and being down 25% in your portfolio with no assurance you’ll ever get those losses back. Even if you have a percentage of your money in our stock dividend strategies, you’re still doing much better now than those growth-based investors. Our stock strategies are still beating the markets by a wide margin: down just 5-to-6% on average compared to 25% and with a dividend yield of almost 5%.

Hopefully, all of this has helped shed some light on today’s market craziness, which may or may not get crazier before things calm down. As you may know, England’s Central Back, which had also been raising short-term rates, recently had to change course and start lowering them again. There were several reasons for this, but ultimately it wasn’t much different from what happened here in 2018 when our Fed had to quickly switch from raising to lowering rates due to economic forces. That’s why I said earlier I’m skeptical Jerome Powell will be able to raise rates another 1.5% like he’s hoping.

I think the markets — which have been reluctantly accommodating the Fed so far — will push back before he can achieve that goal. When it happens, I think it will be a good thing because, while the Fed’s plan is well-intentioned, it’s also short-sighted. They aren’t waiting nearly long enough to gauge the impact of one rate hike before implementing another, which puts them in danger of overcorrecting the inflation problem and making matters worse. If they don’t realize this before it’s too late, I’m confident the markets will, and will force the Fed to quickly contain their fire. In the meantime — again — be glad you’re investing for income! 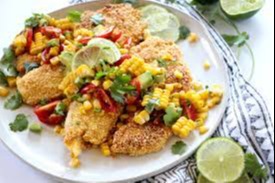 Directions:
1) Preheat the broiler to high.
2) In a small bowl, combine the mayonnaise, chili powder, and salt. Spread a thin layer of the sauce over the bottom of a 2-quart baking dish. (Make sure the baking dish is large enough for all four pieces of fish.) Place the fish on top, then spread the remaining sauce evenly over the top of the fish. Top the fish with corn.
3) Cook the fish until the corn is slightly charred and the fish is cooked through — about 10 minutes. Serve with lime wedges.