Good News for Wall Street, Bad News for the Economy

July brought a mix of good news and bad news for the economy and financial markets. On the good side, the stock market rebounded after hitting its lowest level of the year in June. On the bad side, the U.S. economy shrank again in the second quarter, signifying that we are officially in a recession. Maybe. Let’s start there.

Historically, two consecutive quarters of economic shrinkage make a recession. The U.S. economy shrank by 1.6% in the first quarter. On July 28 the Commerce Department reported that it shrank again by 0.9% in the second quarter.* So, technically we are already in a recession. But this time around, some officials are saying, “Not so fast.” They’re arguing that the textbook definition is too broad and doesn’t really hold up in our current situation. For one thing, they point out that the economy’s contraction in the first quarter had more to do with the trade deficit than with a slowdown in spending and manufacturing. For another, they note that several areas of the economy are still quite strong, especially employment. With that in mind, they argue we should let the National Bureau of Economic Research determine whether we’re in a recession based on its definition, which is “a significant decline in economic activity that is spread across the economy and that lasts more than a few months.”

One of the officials making this argument is Federal Reserve Chairman Jerome Powell. He probably already knew about the second quarter shrinkage when he insisted the day before that we’re not in a recession, and that the very idea made no sense. His comments came shortly after the Fed raised short-term interest rates by three-quarters of a percent for the second time in two months to try to curb inflation, which stands at a 40-year high of 9.1%.** It’s no surprise Chairman Powell would reject the recession argument since saying we are in a recession might make it a self-fulfilling prophecy. That’s due to the “reverse wealth effect,” which I’ve discussed many times.

When people “feel wealthy” due to a rising stock market and strong economy, they’re more apt to spend, making the economy even stronger. That’s the wealth effect. But when they “feel poor” because the markets are down or because the government says we’re in a recession, they’re less apt to spend, which makes matters worse. Chairman Powell doesn’t want that because if spending decreases too much we could end up in a true recessionary spiral, which would force the Fed to stop raising short-term rates and possibly start lowering them again. That may eventually happen anyway, but the Fed wants to fight it for now.

Also, for now, Wall Street is siding with the Fed, which is why the stock market basically shrugged off the report about the second quarter contraction and continued to rally as July ended. After the Fed approved its three-quarter percent rate hike, the S&P 500 jumped 2.6%. It then added another 1.2% the next day, after the release of the Commerce Department’s report.*** The rally suggests that investors had anticipated the Fed’s three-quarter percent increase and the prospect of second-quarter shrinkage, and priced them in ahead of time. It also capped off a strong six-week run for the stock market, which has been on the upswing ever since mid-June, when all three major indexes were in or near Bear Market territory. Will this optimism last?

For a while, maybe, but even many economists who agree we’re not in a recession yet still believe one is probable by next year. The bond market appears to be siding with them. Since mid-June, the yield on the 10-Year Treasury rate has fallen by over 0.70%.*** That suggests the bond market is already “pushing back” against the Fed’s efforts to continue raising short-term rates for fear that it could make the coming recession worse. Remember, long-term interest rates need to rise ahead of short-term rates to avoid a completely flat or inverted yield curve. With the Fed’s benchmark short-term rate now at a range of 2.25% and 2.50% (its highest level since before the Financial Crisis) and the 10-Year at 2.62%, the curve is already nearly flat. And by another measure, the yield curve is already inverted because the interest rate yield on a two-year government bond is now higher, at 3.10%, than it is on the 10-year bond.

If all of this sounds familiar it’s because we saw this same dynamic play out in 2018, the last time the Fed was actively raising short-term rates. Back then, inflation wasn’t such a concern, and we weren’t in a recession by any measure. Still, by the end of the year, the bond market (which is often said to be “smarter” than the stock market) saw a potential recession coming and started pushing back hard. By December the Fed was forced to halt its rate hikes and then start raising rates again as the economy worsened in 2019.

So, with the bond market already pushing back, what will the Fed do at its next meeting in September? That probably depends on inflation more than anything else. If we see inflation come down in August to 5% or 6%, I think the Fed may sit on its hands. Either way, I also think that if the bond market is right and the “real” recession has yet to start, it means the stock market could sink back into a Bear Market that exceeds the lows we saw in June. That’s the bad news. But the good news for bond investors is that the headwinds caused by rising interest rates may now have peaked. I’m not ready to carve that in stone yet, but signs are currently pointing in that direction.

Naturally, you’ll see all of July’s good news reflected in your latest statements. Most of our portfolios had a positive month. Our dividend strategies are back in the black and beating the markets again, and values on our bonds and bond-like instrument have recovered about a third of their year-to-date losses, on average. That’s great, of course, but ultimately, it’s unimportant because just as your income return remains the same when your values are falling, it does so too when your values are rising — which is the main reason you’re investing for income in the first place! As always, call our office if you have any questions or concerns, and enjoy your summer! 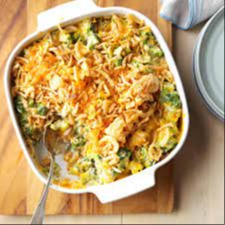