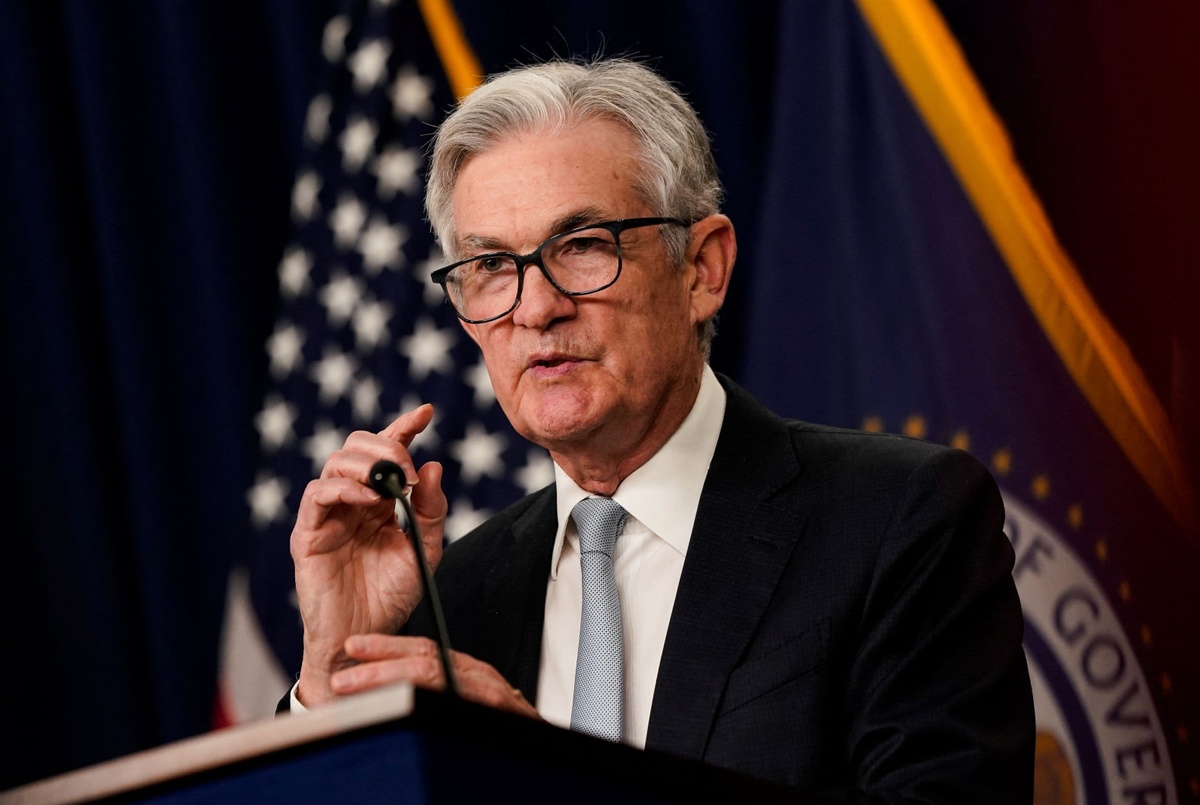 Give Thanks for a Good November, but Don’t Get Too Excited Yet

Fittingly, the month of Thanksgiving gave consumers and investors several things to be thankful for. Inflation continued showing signs of slowing, long-term interest rates came down and the stock mark finished November up for the month. You’ll see all this good news reflected in your latest portfolio statements—as I’ll discuss further in this newsletter. I’ll also talk about what December may hold in store. Will it be a nice present or a lump of coal? With this market, anything is possible.

Let’s start with inflation, which has been the key driver of market volatility all year. Investors have been closely watching the inflation rate from month to month and trying to anticipate the Federal Reserve’s reaction to it. As you know, the Fed has been rapidly raising short-term interest rates all year to try to tame inflation, which has reached its highest level in 40 years.

Why is that such a big deal? It’s because the PPI tracks the cost of raw materials manufacturers buy to make all the products purchased by consumers. If the inflation rate for manufacturers is slowing even more rapidly than it is for consumers, it’s an indication consumer costs will also come down further in three to six months when the products being built now finally hit store shelves. In other words, the PPI is a good forward indicator that inflation is slowing.

Fed Gets the Message

The good news continued when Fed Chairman Jerome Powell spoke on November 30 and repeated a statement he first made in October, saying the Fed is likely to start slowing their rate hike pace at their next meeting. That meeting is scheduled for December 14, and Powell’s statement means the Fed probably won’t approve another 0.75% rate increase (as they have at their last four meetings) but will go with a smaller rate hike this time.

This suggests the Fed is starting to get the message that inflation is, indeed, slowing down. Although the media likes to use the year-over-year inflation rate of 7.7% (which is about three times higher than the so-called “normal” rate of 2-3%), from month-to-month since July, the rate has risen by 0.0%, 0.1%, 0.4%, and 0.4% respectively.** Altogether that’s still less than 1%, and if you extrapolate those figures over 12 months it suggests we’re already back down to an annualized inflation rate of just 3%.

Still, the Fed isn’t likely to fully press the brakes for a while yet — not until they’ve raised short-term rates by another 1.25%, according to Chairman Powell’s latest statement. But at least they’ll be moving toward that goal more slowly now, and the markets were happy to hear that message reaffirmed. As a result, the stock market, as measured by the S&P 500, finished November up about 5.8% for the month, and long-term interest rates saw a healthy drop.***

The yield on the 10-year government bond, which has been rising most of the year ahead of the Fed’s short-term rate hikes, fell from just over 4% to 3.6% to finish the month.**** Across the board, investors celebrated the Fed’s more dovish tone because its aggressive rate-hiking all year has fueled fears of a recession and negatively affected all asset values, as rising interest rates always do. Although many still believe a recession is likely to hit sometime next year, investors seem optimistic for now that even if one does hit, it’s not likely to be major or prolonged. In fact, part of the Fed’s strategy in continuing to raise rates now is probably to give them plenty of ammunition to lower rates again if and when a recession does occur.

As always, you’ll see all these developments from November reflected in your latest portfolio statements. If your holdings are all or mostly bonds and bond-like instruments, for the second month in a row you’ll see some recovery in your values. Depending on your holdings, you should be up about 5% for the month. That’s good news, but the even better news, of course, is that any gains or losses in value in these portfolios are largely irrelevant because your interest and dividend return has been, and remains, consistent at about 6% for most of you.

By comparison, the interest and dividend yield on a traditional income portfolio as measured by the US Aggregate Bond Index right now is about 2.6% on average, and the value on that index is down about 2% more than our typical income portfolio.***** So, not only are most of you beating the index on performance, but you’re also doing it with a much higher income yield!

Meanwhile, those of you in our stock dividend strategies will see your portfolios up by about 7% on the year after November. By comparison, the S&P 500 index is still down by nearly 15% year-to-date, which means these strategies are outperforming their market index by about 22%, and they’re doing so with a much higher average dividend yield of about 4.25% before fees. (These are median numbers based on the total portfolio holdings and yours might be slightly different depending on your allocation and risk tolerance.)

So, again, November gave us some things to be thankful for — and it’s perfectly okay to be thankful, but I would caution you against getting too excited or too complacent. Once again, the possibility of a recession remains very real, and even though the Fed is striking a more dovish tone now, that could easily change on or before their next meeting on December 14. Jerome Powell might end up being a hero, but he could just as easily be the villain! The bottom line is that the markets have been stormy all year, and that trend probably isn’t over yet despite the last two relatively calmer months.

So, stay alert, stay informed, and take comfort in knowing you’re in the hands of a team that has
successfully navigated many storms in the past!

As always, call our office with any questions, and have a safe, happy holiday season! 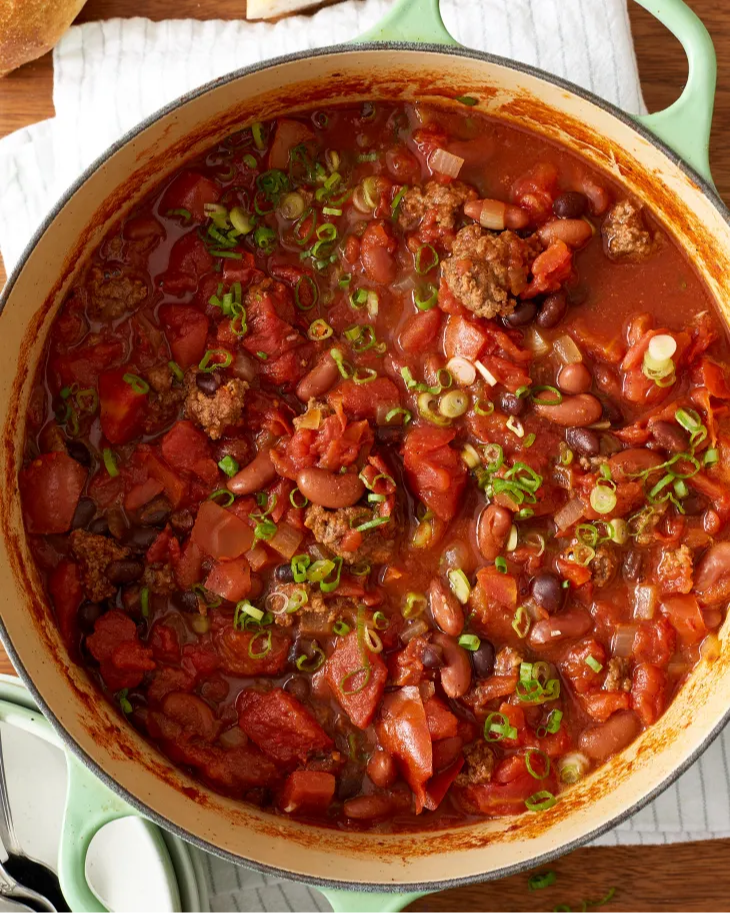 1) In a Dutch oven or large pot, cook the ground beef and onion over medium heat until the beef is browned, about 7 to 8 minutes. Stir every now and then to help crumble up the meat.

2) Drain the meat mixture and return to pan. Add the chili powder and stir well.

3) Add the beans, water, and diced tomatoes to the pot and bring to a slow boil. Cover and reduce the heat to low; simmer for 20 minutes. Then uncover and simmer for an additional 5 minutes, stirring occasionally.

4) Ladle chili into bowls and serve hot. Top with sour cream, cheddar cheese, cilantro, chopped green onion — or anything else that makes you happy. Chili will keep refrigerated for a good 5 to 6 days. After that, freeze in a freezer-safe container for up to 3 months.