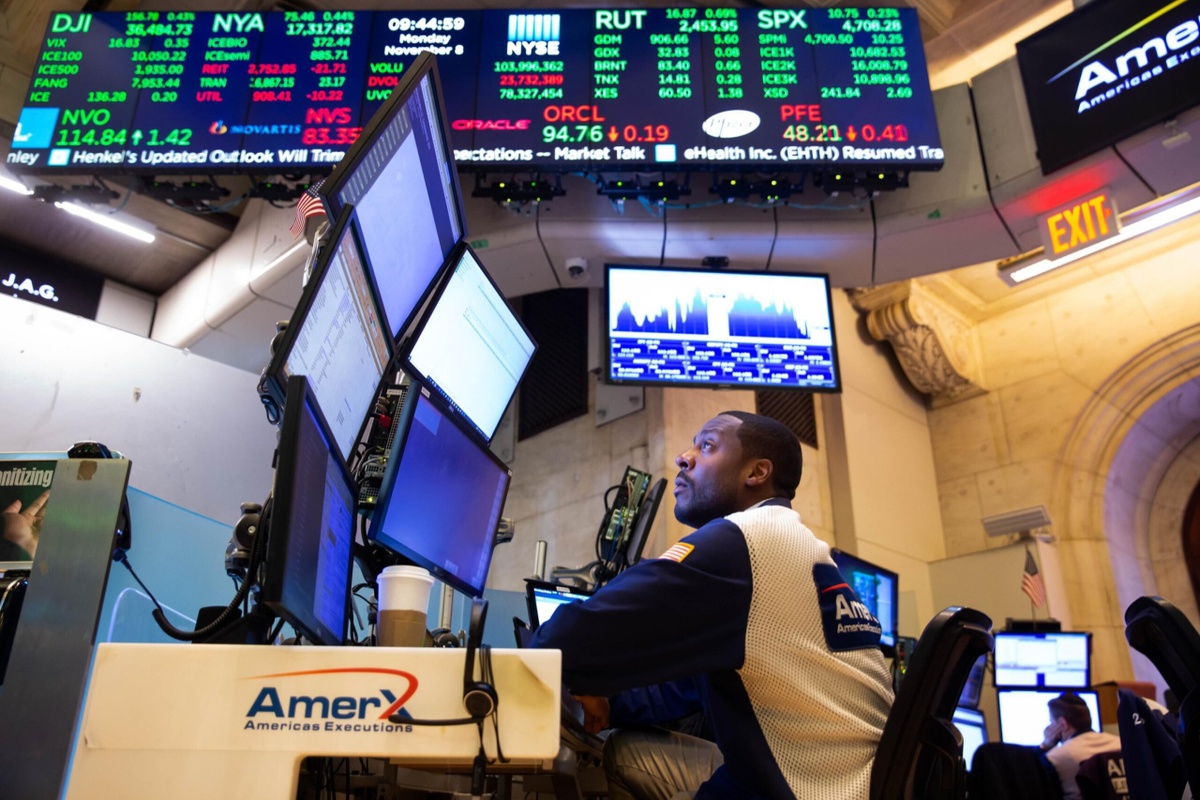 Volatility returned to the stock market in late November and is likely to remain in place the rest of the year. A variety of issues have made investors nervous as 2021 winds down. What will it mean for the markets and your portfolio in the New Year? Before I answer that, let’s take a quick look at where we’ve been since last New Year’s.

By any measure, the economy has shown great resiliency since the depths of the coronavirus recession—albeit with the help of record amounts of federal aid. The recovery started late last year and has continued this year. Real GDP growth hit 6.3% in the first quarter of 2021 and 6.7% in the second quarter before cooling to 2.1% in the third.* Those numbers helped keep investors mostly optimistic all year, and the stock market continued climbing. Although it finished in the red in January due to fears over rising interest rates, it quickly rebounded. The Dow hit 31,000 for the first time in early February, and by November 2nd it had reached 36,000.

As for interest rates, that early year spike was the biggest but not the only jump long-term rates have seen this year. From January 1st to the end of March the yield on the 10-Year Treasury rate went from 0.93 to 1.73%. Rates stabilized after that and trended downward for much of the year. But then came Fall, and the 10-Year jumped again. It went from 1.28% in early September to 1.70% by late October, before stabilizing and dropping down again to 1.35% by early December.** Of course, interest rates are closely tied to the issue that has worried investors most all year: inflation. In May, the Labor Department reported prices were rising faster than at any time since 2008. Wall Street took notice, and on May 10th the Dow dropped by 1,200 points over two days. The S&P 500 and Nasdaq saw similar sharp declines. Inflation has worsened since then, hitting a 31-year high of 6.2% in October.

Omicron and Other Worries

Despite these challenges, investors have remained mostly optimistic all year, and one of the main reasons is that Covid-19 numbers have headed mostly in the right direction. However, as the year winds down, Covid is a growing concern again thanks to the omicron variant, which emerged from Africa last month and quickly rattled investors. On November 26th, Wall Street had its worst day since February, and all three major indexes finished the month with losses. Although omicron was mainly to blame, it wasn’t the only factor. Investors were also reacting to Fed Chairman Jerome Powell’s announcement that he was considering speeding up the Fed’s schedule for winding down its coronavirus economic stimulus.*** All year, Wall Street has kept an eye on the Fed’s plans to ween the economy off quantitative easing and start raising short-term interest rates again. The timing of these moves is important for investors since mistiming them could send the economy back into recession or cause inflation to become entrenched.

In addition to inflation, Covid, and the Fed, there are several other issues impacting the markets now. They include: 1) Long-term interest rates. Could the next spike become a long-term upward trend? 2) President Biden’s economic agenda. There’s no secret it calls for tax hikes. How big will they be and how much will they hurt businesses and individuals? 3) Global politics. The US currently has strained relationships with several major economic powers, including China once again.

With all this in mind, here is my market forecast for 2022, issue by issue:

Inflation – Ultimately, I think the inflation we’re seeing is transitory, not permanent, but I do believe it will drag on for most of next year. If politicians can find a way to fix the supply chain problems that are the major cause of rising prices, inflation should get back down to a normal 2 to 3% by the end of 2022. If not, it could remain in the 6 to 7% range well into 2023.

Growth – I think the third quarter of 2021 offered a good preview of what we’ll see throughout 2022, which means real GDP growth will slow to a sustained rate of about 2%. That accounts for inflation and all the other challenges facing the economy as it cycles now from the recovery stage of the coronavirus recession to the growth stage. One of those challenges, of course, is the emergence of new Covid-19 variants like omicron. They will continue to be a challenge next year, but I don’t foresee another major economic stoppage because of them.

The Fed – I don’t see the Fed making a major blunder either, which means their QE winddown will be cautious and their next short-term rate hike probably won’t come until late next year, if at all. In fact, I don’t believe the Fed will actually even reverse quantitative easing, just reduce it.

Long-Term Interest Rates – I believe we’ll continue to see occasional spikes like we saw this year, but as I’ve said before, I also believe permanent low-interest rates are the new normal. That said, I think the yield on the 10-Year US Treasury will remain under 2% throughout 2022.

The Stock Market – Although volatility will continue in the face of challenges like Covid-19, inflation, Biden’s tax plan, and China, I ultimately expect another year of decent growth for the market in 2022, likely in the 5 to 15% range. Between now and mid-year, however, I also think we could see another significant correction of between 10 and 15%.

In short, I think 2022 will be another strong year for income investors, similar to this year! With that in mind, now is a perfect time to review your portfolio and make sure you’re ready for the coming year. Is your allocation still right for your risk tolerance? Are you carrying more risk than you’re comfortable with, or would you like to increase your risk a bit to take advantage of opportunities to increase your income and growth potential in 2022? Schedule an appointment today, and let’s get it done!